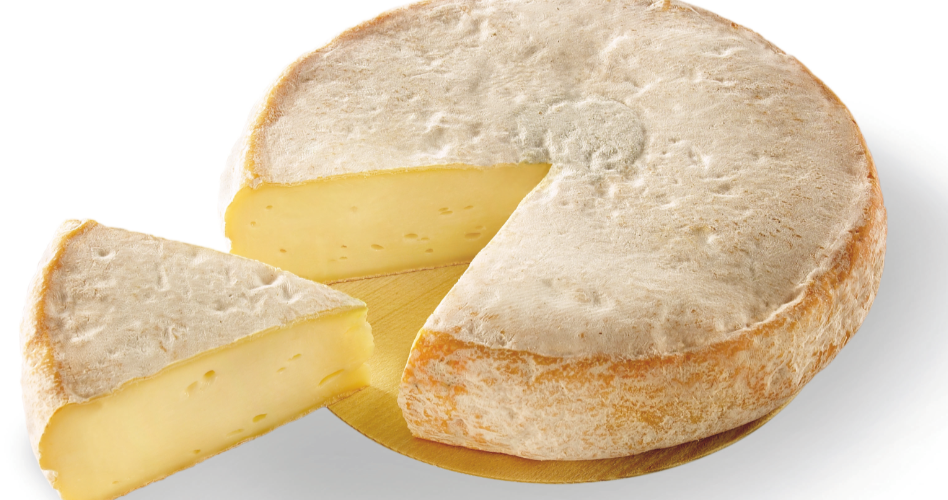 Although Reblochon has been made in the summar Apline pastures since the 13th century, it was unheard of until after the French revolution. The reason for secrecy was the introduction of a tax. In the 14th century, farmers who grazed their cattle in the magnificent Heute-Savoie pastures overlooking Lake Annecy were forced to pay a tax based on the milk yeild of their cattle.

To avoid payment of the tax, the farmer would only partially milk his cows in the presence of the tax man, then once he departed, the cows were re-milked. This additional “tex-free” milk was then made into Reblochon – from the old Savoie word reblocher, to “re-milk” or “pinch the cow’s udder again”, and was kept for family consumption only. After the French revolution, the tax was removed and the farmers were free to sell all their cheese. Reblochon has been protected by the AOC regulations since 1976, which states that the milk can only come from the indigenous Abondance, Tarine, and Montbeliarde cows that graze the Alpine pastures in summer and dine on hay cut from those rich summer pastures in winter. The feeding of silage or concentrates is banned, as it can taint the sweetness of the milk, and the stipulation that is can only be made from unpasteurized milk ensures production is always near the source of the raw material.

Reblochon must be made and matured in the Haute-Savoie and north-eastern parts of the Savoie by individual famers (fermier), cooperatives (fruitiere), or commercial dairies (industriel), who receive their milk from local farms.

When young, the cheese has the sweetness of stolen fruit. As it matures it is no longer sweet but tastes of freshly pickled, crunchy walnuts and a hint of the mountain flowers. Its supple, creamy texture flows over and caresses the palate like warm, English custard. The fermier cheese has a more intense, complex flavour and a farmyard aroma but do not be deterred.

The interior captures the aroma of the wild flowers and herbs of the Haute-Savoie pastures.

Traditionally served with crusty pain de campagne (a sourdough bread), a few slices of sweet jambon de pays (air-dried ham), and pickled gherkins. However, it meltslike a river of cheese and is amazing grilled on bread or vegetables, as a toppings for soups, or baked with potatoes and cream or on ratatouille.

Apremont, a crisp local white wine, light beer, or sweet cider make perfect companions, or enjoy with a soft red with low tannin, such as Merlot.